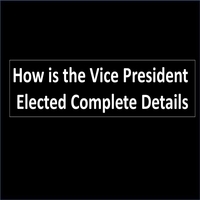 Who elects the Vice President

Difference between President and Vice President of Elections

The name of the candidate going to contest for the post of Vice President must be proposed by 20 voters and supported by 20 voters. It is also necessary to deposit a security deposit of Rs 15,000 by the applicant. The Election Officer then examines the nomination papers, and the names of eligible candidates are included in the ballot. The candidate can also withdraw the title by giving notice in writing to the Returning Officer.

The election for the post of Vice President is done by the proportionate representative approach. Voting takes place in a particular way called a Single Transferable Vote System. In the election, the voter can cast only one vote but can decide the priority based on his preference. He prioritizes his first choice 1, second choice 2, and so on among the candidates on the ballot paper.

How to be Vice President

Like the presidential election, victory is not decided by getting the most votes in the vice-presidential election. The Vice-President is the one who gets more than half of the total weightage of the votes of the voters. It is seen first of all how many candidates have got the first priority votes. Then the first priority votes received by all are added. The total number is divided by 2, and 1 is added to the quotient. The amount that comes after that considered to be the quota that a candidate needs remain the counting. If a candidate gets equal to or more than the allowance required to win in the first count, then he wins. Is declared to be. If this is not done, then the process is carried forward. First, the candidate who gets the least number of votes in the first count is excluded. But it is seen in the elections that give it the first priority, which is given the second priority. These second-priority votes are then transferred to the account of other candidates. In undefined If the number of votes of a candidate is equal to or higher than the quota, then that candidate is declared victorious. If no candidate is selected at the end of the second round, the process continues. The candidate who gets the least votes is excluded. The ballot papers that gave him the first priority and the ballot papers he received during the second count are re-examined, and it is seen who is given the next priority. That priority is then transferred to the respective candidates. This process continues, and the candidates with the lowest number of votes will be excluded until the number of votes received by one candidate is equal to the quota. Once the election is over, the votes are counted, and the election officer announces the results. undefined

To become Vice President, a person must have these things –

At present, the Vice President’s salary is Rs 1.25 lakh, which will become Rs 3.5 lakh monthly after the implementation of the recommendations of the Seventh Pay Commission. The benefits of the new system will also be given to the former presidents. That is, former presidents will now get 1.5 lakh rupees as a pension. So far, they get a monthly premium of 75 thousand rupees 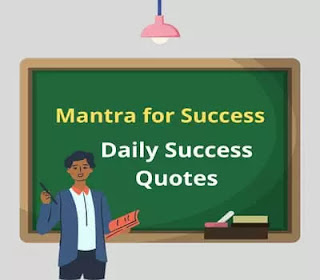